Get Paid With the Costa Bingo Scareathon Promotion 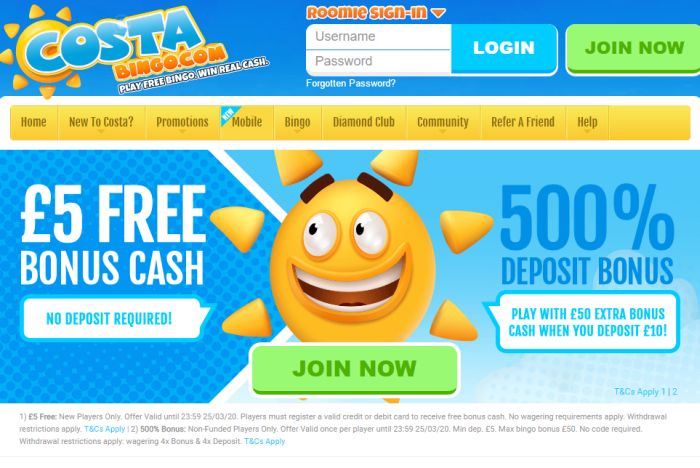 Costa Bingo is known for having a lot of different promotions all through the year, so their newest promo isn't that much of a surprise. With Sunny's Scareathon, players are able to cash in on the entire month of October thanks to Halloween coming up. Everything centers around a special grand finale that will run at the end of the month, and you can maximize your chances by enjoying penny bingo all month long.

During the month of October, there will be special online bingo games each Wednesday. For only £0.02 per card, you'll have plenty of chances to win without having to break the bank. For each Wednesday game, you'll earn spots in the grand finale game on Halloween as well as different prizes and kitchen accessories.

On October 5, they gave away a six-liter slow cooker, and players earned a card for the grand finale for every five cards purchased in the game. For the October 12 game, players won a 14-piece bake set. For the October 19 game, it's a Raclette Grill, and for October 26, the lucky winner gets a spooky Halloween-themed fog machine, which is great for decorations and parties. You get the same number of cards for the grand finale based on the number of £0.02 cards you purchase during these games for all five of the preliminary events, and the final game is worth £500.

Costa Bingo is known for their aggressive promotions that give away a lot of value without players having to invest very much of their own money or even change their playing habits. This is how you give players value, and their Sunny's Scareathon promotion is no different.

They have a great selection of games for their players, and this comes from using the Dragonfish software. They are operated by Cassava Enterprises, the bingo-operating arm of 888, and they hold the eCOGRA Safe & Fair Seal, one of the most important independent certifications that an online bingo room can have in today's environment. They take the experiences of their players very seriously, and they go the extra mile to make sure you have a great time.