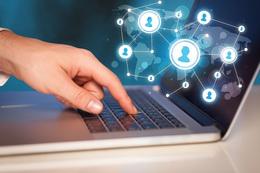 CyberBingo is hosting a pretty solid slots tournament that's running right now, and it has a $3,000 prize pool that's just waiting for you. The top 20 players that earn points from playing real money slots between April 4 and April 24 are going to share the $3,000 that's up for grabs, and first place is going to be awarded a monstrous $1,000 top prize. This is a pretty significant promotion that's giving away money for players to enjoy the games they'd be playing anyway, so make sure to get in on the action.

Another promotion happening now at the CyberBingo bingo room is that players can get tickets for a drawing to an eight-day, seven-night Royal Caribbean cruise for two. Every deposit that you make between April 1 and June 20 gives you tickets to this drawing, and there's no maximum on the number of tickets that you can earn. Again, this is another example of this bingo room rewarding players for doing something they'd be doing anyway.

As if one big prize raffle wasn't enough, there's another going on every single week during the month of April. Each day you log in, there will be a special code for you to put in. If you put that code in, you'll be entered into the week's raffle drawing where three players will win some big prizes. This is a cool promotion to look forward to, and it's a good reason to enjoy online bingo games since you'll have another chance to get rewarded in addition to their already extensive selection of regular promotions.

CyberBingo is known for offering a very wide range of special offers and promotions. They always have a few different events going on, and as you can see by the events going on during the month of April, they're very serious about giving players a lot to look forward to. There's an incredible amount of value being given away with these promotions, and the $3,000 slots tournament is especially exciting. Overall, there's a lot of value just waiting on players, so if you're looking to get in on the action with some great online bingo and slots action, this is definitely the place to be.