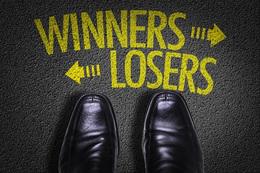 Tournaments are one of the most important types of events that you can take part in with any type of online gambling because it pits you up against other players instead of having to play against the house. This allows you to test out your combination of luck and skill on any given day against others that are trying to do the same, and that leads to an extremely fun and fast-paced experience. CyberBingo is hosting a special Spring Break Tournament during the last half of the month of March, and it has a $3,000 guaranteed prize pool.

Get a Piece of the Action

Here's how this event works. At CyberBingo (read more), players can shoot for the $1,000 top prize for the winning of the tournament by playing in the Spring Bingo room. Every hour, a special tournament game will run from March 14 through March 27. Every time you win in one of these games, you get points that will boost you up the leaderboard. The higher the spot you get on the leaderboard, the larger the prize you'll earn with 20 players sharing a total of $3,000 in winnings. First place is $1,000, so it's an exciting tournament to take part in.

Online bingo (more here) players love getting frequent promotions and extra value for enjoying their favorite bingo games, and CyberBingo understands that more than most. That's why they're putting on other frequent promotions in addition to this Spring Break Tournament with its large $3,000 prize pool to make sure that players get the best chances to win possible.

CyberBingo is a bingo site that accepts US players, and they've got a pretty long history of being particularly reliable. If you're the type of player that takes pride in only playing with sites that have a long, well-established history, then this is the place where you'll want to be. They've proven themselves repeatedly after having been first opened in 1996, giving them a full two decades in the industry. This is virtually the entire length of the time the online bingo industry has been running, and for them to still be around and as popular as they are, you know that they've earned the trust of their players.