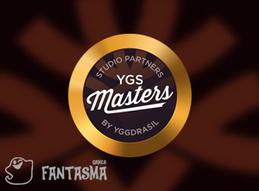 Content distribution deals are a pretty important part of the overall online casino industry, particularly in the slots space. This allows smaller companies to attach themselves to the platform of larger developers so that their titles get exposure to a larger range of players. A recent deal like this will have Yggdrasil Gaming hosting Fantasma Games slots as a part of their YGS Masters program.

Details on This Deal With Fantasma

Here's how this deal is going to work. Fantasma Games' slots will be available at all operators that host Yggdrasil Gaming's titles starting in early 2019. What's more is that they'll get the full benefit of all of Yggdrasil's innovative promotional tools like BOOST. This is a great situation that's a win-win for both companies, and it's the kind of deal that we definitely love to see because the players benefit just as much, if not more, than everyone else involved.

Why These Deals Are Important

One of the main effects of these deals on the industry as a whole is that it puts players in a position where it's easier to play a wider range of titles from different developers. The opposite situation would be all casinos having exclusive content deals where they could only offer titles from one software company. This used to be the norm a decade or more ago, and most players who understand the importance of variety can tell you that things are much better in terms of game selection than they used to be.

This type of mutually beneficial deal also allows newer software companies to get in on the action and get their games in front of players without having to develop out an entire software suite. In turn, this means they can focus on a single genre (slots in this case), which means a higher overall quality of content.

What to Expect Going Forward

Not much will change for players starting in early 2019 except they'll have more high-quality slots to pick from. That's one of the great things about this type of agreement: There's not really a downside involved on any level for anyone.