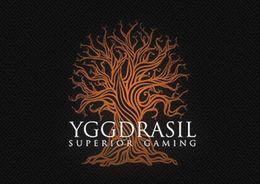 Recently, the Romanian National Gambling Office has granted Yggdrasil Gaming two licenses that allow the company to supply licensed operators with their slot titles. At the moment, Yggdrasil's titles will be made available to all operators that have a Romania Category 1 license. Operators will also have access to the company's promotional tools as well, including the in-game tool BOOST™ and the social media tool BRAG.

The regulation of Romania's online gambling market is expected to not only curb rogue operators and protect Romanian citizens, but to garner a considerable amount of revenue for the country as well. The Romanian government expects to clear an additional €100 million in annual revenues through taxation and licensing fees now that this legislation has been put into effect.

Yggdrasil is an iGaming software provider founded in 2013 that is based in Malta. The founder of the company, Fredrik Elmqvist, is a former NetEnt CEO with a very specific vision of the direction he wanted to take his company. His vision was to create technologically advanced games with high-quality gameplay rather than churning out a large quantity of titles. As a result, their games are so cutting edge that their rivals often have to completely change their strategy in order to stay competitive.

Despite only being in the field for about three years, Yggdrasil has already established a reputation for great customer support and phenomenal games. They utilize HTML5 to power their iSense technology, which allows their games to run faster, smoother and more advanced animations without the use of Flash or Java. This allows users to play these games on as many devices as possible without concern for operating systems or screen resolution.

When asked about his company's expansion into the Romanian online gambling market, Elmqvist said, "It is fantastic news that Yggdrasil online slots will now be available to customers in Romania. Gaining this license underlines our commitment to local regulated markets. We are working hard to strategically expand our jurisdictional reach and expect to see our licensed European footprint continue to expand."

Yggdrasil's portfolio includes award-winning titles like Bicicleta, Winterberries, Jokerizer and Legend of the White Snake Lady, as well as progressives like Monkey King and Joker Millions. They have also developed a 3D version of keno, exciting scratch cards and live lotto games.