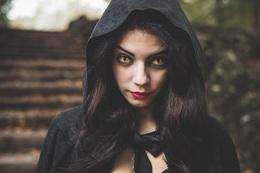 One of the things that makes online slots such a popular genre is the fact that they can take on such a wide range of different themes and concepts. In just a few clicks, you can go from an Egyptian-themed slot to an army-themed one and then to one based on a popular movie. With the end of the year coming up, there are a lot of opportunities for holiday-based games, and that's exactly what's happened with the new Night Vampire slot.

The new online slot Night Vampire is developed by World Match. What sets this game apart is the fact that it was originally a land-based slot by Baldazzi Styl Art. This game uses a number of symbols and ideas found in the vampire genre including silver items, bats, blood-filled goblins, garlic, holy water and more. Three different bonus features are found in this game, and they are progressively unlocked while you play to give you a longer game play experience.

Going From Land-Based to Online

We've seen a trend lately of many slots being translated from the land-based environment to the online environment, and that shouldn't be surprising as software companies are doing everything they can to expand and get a leg up on the competition. It's a lot harder to do this with table games because there aren't as many table games that haven't already been put on the Internet, and there are a lot more slots than table games by a factor of anywhere from 10 to 20. Along these lines, it makes sense that most new titles would be slots, so most new games created from land-based titles would also be in the slot genre.

Night Vampire came out just in time for Halloween, and we can expect several more new releases and highlighted titles for the holidays in upcoming weeks. This happens every year, and it seems like each software company out there has a new game just waiting for the holiday season with themes from Halloween, Thanksgiving, Christmas, Valentine's Day and other events. Overall, it's a convenient way to add more titles for players, and it can be a lot of fun to get in the mood of the holiday season by enjoying some of these games.