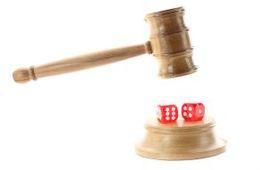 The lobbying effort against the expansion of US online gambling has continued to grow. Sheldon Adelson's Restoration of America's Wire Act is the main focus, and Squire Patton Boggs of Washington has joined the cause. This has been done through Adelson's Coalition to Stop Internet Gambling. This firm includes a number of major political figures, and it shows that the lobby against online gambling is continuing to grow.

Among these figures are Republican Trent Lott, the former Senate Majority Leader. This also includes former Senator John Breaux and a large collection of people who used to be congressional staffers. Lott and Breaux are pretty much experts in the lobbying side of things considering they started their own firm before it was purchased by Squire Patton Boggs. Other people in Adelson's coalition include the former chief of staff for Speaker John Boehner, David Schnittger. David Hoppe, Matthew Cutts and Bret Boyles are also mentioned as being active in the Coalition to Stop Internet Gambling.

The Law in Question

The law in question is the Restoration of America's Wire Act, and it's based on the idea of amending the Wire Act so that it applies to all forms of gambling. The Wire Act itself was written in the 1960s, and it was used to combat organized crime situations of taking bets on sports via telephone. A court ruled that the law did apply to Internet connections, but the Department of Justice came out in 2011 to clarify that it did not apply to any form of gambling other than betting on sports.

Online gambling in the United States is at an interesting place right now. It's gained just enough momentum that big business figures like Sheldon Adelson want to have it banned so that it can never threaten their land-based casino operations. However, it's not quite big enough that it can lobby on anything resembling a level playing field. With that having been said, the biggest advantage that it has is that most states would benefit from regulating online gambling by generating tax revenue, and that could be the sticking point that keeps Adelson's coalition from getting an outright ban on a federal level.