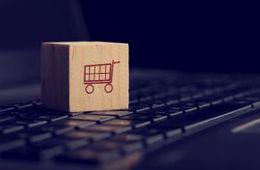 In a move that expands in key areas, Unibet has purchased iGaming Holding plc. This deal was made for €59 million in cash, and another €20 million could be on the way based on future performance. This is a pretty typical deal for a purchase of this size, and it just goes to show that Unibet is continuing to expand. However, they aren't just expanding in any direction they can for the sake of it. Instead, they're growing in a very strategic way.

The key thing in Europe right now is for these companies to gain a foothold in each individual jurisdiction that they're interested in. Because each country has its own regulatory body, different licenses and opportunities have to be strategically acquired. When Unibet purchased iGaming Holding, a big part of the deal was the fact that iGaming Holding was pretty big in Nordic markets. They're expected to be revamping how they handle their regulations for the industry fairly soon, and this is Unibet getting their foot more in the door before that happens.

What's really interesting about Europe right now is that their regulations are constantly in a state of flux. Even places like France and Italy have had major changes to how they've handled their regulations inside of the past 18 months with the addition of online slots instead of pure, traditional casino games for their online casino operations. The pros and cons of different tax structures are still being learned about and understood, and we've seen this fairly recently as well with how the United Kingdom completely revamped their tax structure for online gambling last year.

Unibet is continuing to grow and navigate these changes extremely well. Because they offer so many different types of online gambling services, they have to make sure that they're growing in the right directions. The wrong growth strategy would spell disaster for this company, and that's why they're closely monitoring their market share in each country they operate in. Not only does this help them to decide where they need to do more work, but it also helps them to avoid costly purchases that wouldn't increase their market share enough to be worth it.