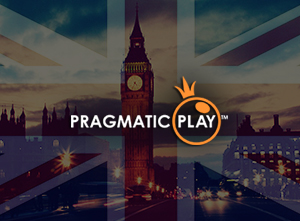 There are several different jurisdictions for online gambling licensing, and some of them are more important than others because of they standards they have and how strict they are about enforcing them. In today's industry, a license from the United Kingdom is one of the most important that a company can hold, and Pragmatic Play was able to acquire their own recently in a move that signals serious progress for them.

Importance of the UK License

There are a few reasons that the UK license is so important here. First off, Pragmatic Play was formerly known as Topgame, and they weren't exactly known for having the best reputation. After internal restructuring, they changed their name and started focusing on turning the company around. They did this by increasing the quality of their new releases and the quality of their service, which included removing their relationships with many of the operators that gave them problems to begin with.

The thing to remember about their history is that it wasn't their software that was the problem. Instead, it was the fact that a lot of shady casino operators used their slots and table games while doing things like not paying out to players when they were supposed to, and eventually, that kind of reputation became synonymous with their old brand.

By changing names and ending those relationships, they started off in the right direction, and they have been pushing hard in that direction ever since. Acquiring a license from the United Kingdom shows that all of this work has paid off in rehabbing their image and trying to keep up with the standards that players have for software developers in the industry today.

Right now, this company has more than 150 different games that cover a wide range of genres from slots to roulette to video poker and other table games. They have a platform that works well in any updated Internet browser, and this means you can connect from all kinds of computers and mobile devices to play. This flexibility has been a big part of their success since rebranding since it has put them in a position to have all kinds of players see the progress they have been making.