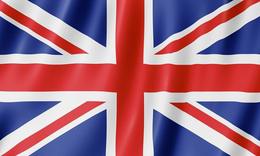 Yggdrasil Gaming has made a name for itself in the past few years. They've been coming out with very high-quality content that players love, and they've made a lot of deals to have their games distributed through a lot of different channels. All of this momentum has been punctuated in a major way here in the last month of 2015 by gaining a license from the United Kingdom Gambling Commission. This will allow them to offer their own platform and their games to players from the UK.

Importance of This License

In just a couple of years, the UK license has become one of the most important licenses in the industry to have. After they completely revamped how they were handling online gambling, they tightened up the restrictions for their licensing. Now, companies like Yggdrasil Gaming are taking advantage by gaining this license and showing the world that they are one of the most reliable and secure software companies running.

About the Yggdrasil Strategy

Yggdrasil's strategy has been very similar to other companies in the industry of the same size. They simply cannot compete when it comes to the quantity of games they offer. The reason for this is that they're at too much of a disadvantage compared to companies like Microgaming who have been producing games for the past two decades. Instead, they have to compete in terms of quality, and they do this by producing some of the best games in the industry. If they do this consistently for long enough, as Yggdrasil has, then they get put in a position to have their games distributed to more and more outlets.

This strategy is pretty straight-forward, and having their titles included in different online casinos and software platforms is the key to their growth. One of the biggest things that can help that type of growth, other than putting out great content, is having licenses from jurisdictions like the United Kingdom that show this company goes above and beyond the call of duty compared to other companies that do not necessarily have the license. Overall, it's a great time to be Yggdrasil, and it looks like they'll carry a ton of momentum into 2016 as well.