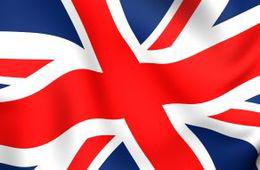 In the United Kingdom, there have been some huge changes in how online gambling is handled inside of the past 18 months. One of the biggest changes that benefits players is the Alternative Dispute Resolution for Consumer Disputes process. The way that this works is that each operator that's licensed by the UK has to use at least one of the ADR entities by the beginning of this September. These entities will mediate in the case of disputes for the players.

For online gambling, a handful of different entities made the list. Most notable is eCOGRA, though there were a few others. IBAS and the Isle of Man Gambling Supervision Commission were the main ones for the online world, though a handful of other entities were announced for other sectors. These included the Tattersalls Committee, the National Casino Forum, Joel Goldman, Jennifer Gallagher, theCEDR and BACTA. What's important to note is that all of these have been vetted, and this represents the first time that something of this scale has been done for a country's online gambling regulation.

How the ADR Process Works

Here's how the Alternative Dispute Resolution process works. Suppose a player has a dispute with an online casino or other type of online gambling operator. The player would then issue a complaint to that company's ADR entity, and the entity would investigate the claim to make a decision. The basic idea here is that this provides independent companies a chance to investigate these issues instead of forcing people into having their complaints judged by the companies the complaints are against.

Complaints Against the UK Gambling Commission

Last year, a number of changes went into effect in the United Kingdom regarding online gambling, and many people had complaints about the new system. Now that the dust has settled and more of their programs, like the ADR process, have been rolling out, a lot of the proposed disadvantages of the new system have disappeared or been overshadowed by new advantages. Overall, the system in the UK right now is something that many other countries should look to, especially when it comes to the handling of complaints by independent entities like eCOGRA and the Isle of Man Gambling Supervision Commission.