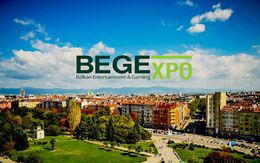 Awards ceremonies in the online gambling world might not seem like a big deal, but they're a critical part of the self-regulation of the industry. The point is that there are no international guidelines because each country sets their own standards for regulation, so awards ceremonies like the BEGE Awards helps to distinguish the best companies out there at any given time. Along these lines, the NYX Gaming Group picked up two different prizes at this year's BEGE Awards.

At the 2016 BEGE Awards, the NYX Gaming Group won the awards for the Best i-Gaming Platform for their Open Gaming System platform, and they also won the best Game Aggregator for the same. Their OGS is their main platform that they use to offer games to online casinos and other entities, and it hosts up titles from several different providers, including NextGen, which they had previously purchased. This is a great pair of prizes for a great company to really end off 2016 on a strong note.

This year has been tremendous for NYX. They have released several new titles to their OGS platform, and they have gotten into several new markets. This type of expansion on every level is a key part of how things have went for them for the past 12 months, and as we can see from this pair of BEGE Awards they've picked up, it's obvious that their work is paying off. More players than ever are getting in on the action with them and their games, and it's a great experience for everyone involved.

While NYX has done great things in 2016, their momentum moving into 2017 is also very exciting. We expect to see them expand into even more markets with even more new releases, and we might even see them expand into more land-based machines like they started to this year. Because these land-based terminals are video- and computer-based, it's relatively easy to use their games in this capacity. While they aren't the first online casino software company to do this sort of thing, it's still noteworthy to see them expanding into land-based markets.