The Greek Online Licensing Process Has Been Cleared 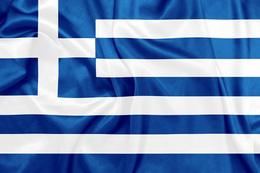 Over the past few years, we've seen the online gambling industry change quite a bit. What was once a wide open industry with little to no regulation has seen many individual countries make moves to regulate the industry on their own terms. Greece has recently joined them after efforts from the Greek parliament led to the Deputy Finance Minister giving the go-ahead.

Right now, there are 24 operators who have been issued temporary 36-month licenses. This new move will have these licenses replaced by a full regulatory body. This is basically the result of their "trial run" with the three-year licenses given to two dozen operators. This will allow certain levels of taxes to be raised, something that wasn't really happening under the temporary licensing deal that came before. In fact, all 24 operators contributed around €60,000 in taxes total during the past three years, and it would be interesting to know if this even covered the government's costs in issuing the licenses in the first place.

The Necessity of Taxes

Suppose you're an operator for an online slots or online poker site. In exchange for getting a license in a country, you're expected to pay certain fees. There's typically a fee upfront and an additional percentage tax on your earnings. These taxes are what provide the incentive for the government to put together and maintain a regulatory structure in the first place. As an operator, you wouldn't mind this at all, as long as the taxes were reasonable. In Greece's case, they basically haven't levied any for the past three years. Obviously this is a one-sided deal, and it's a bit of a problem.

The Future in Greece

What's probably going to happen now is that the three-year licenses are going to expire without an option to renew, and the government is going to move towards a different licensing arrangement that has them earning a more reasonable amount of taxes. It's not clear what levels of taxes they're going to offer at this point, but what is clear is that it's a necessity to keep regulation going in Greece. It's also clear that they need the money considering the financial situation the country has been in over the past few years.