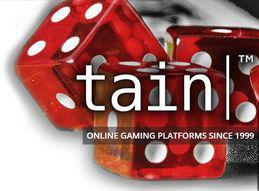 Romania has been a fairly active online gambling jurisdiction inside of the past year after getting their regulatory body going with a number of licenses being awarded here and there to select companies. Tain is the most recent company to be added to that list, and they will now be able to offer their online casino platform to operators inside of the country. This is exciting news for Tain, but it's also exciting news for the players there who will be able to enjoy the games that they provide.

The Importance of Romania

If you look at how online gambling regulation has unfolded in Europe over the past several years, it was Western Europe that started things off for the most part with Spain, France, Italy, the United Kingdom, etc. leading the way. Romania is the main country in Eastern Europe to get things going with a regulatory body, and as a result, they are Tain's first license in an Eastern European country. With the segregated markets thanks to the current era of country-by-country licensing, getting a foothold in this part of the continent is a critical part of their strategy.

Tain has announced in a press release that Eastern Europe is a big target for them, which is interesting because they were recently purchased by XIN Gaming (available in the Endorphina platform), a developer that typically focuses on Asian markets. It seems that Tain is going to be trying to use its online slots and other games to keep up the pressure in Eastern Europe, a part of the world that they seem to believe the rest of the industry is sleeping on.

The reason for the lack of aggressive expansion in Eastern Europe is two-fold. First, there simply haven't been as many opportunities since they are largely behind the curve with regulating the industry compared to most of the rest of Europe. Second, the population of each individual country compared to the taxes and fees that these places have wanted for licenses have made them less-than-attractive options for all but a select few. Many companies don't want to put that much risk into a relatively small market at this time, and a big part of this is that they are still getting things stabilized from their relatively recent moves into the other segregated markets. As such, companies like Tain have a big opportunity to slide in and take over much of the market.