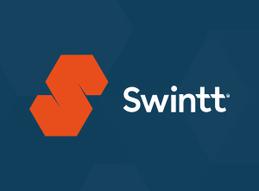 Swintt expands its presence further after its partnership with Fair Play Casino. The association, which represents their expansion in the Dutch market which is marked as a milestone for the company. According to the deal, Fair Play will integrate Swintt’s top-performing titles. Thanks to this collaboration, players across the nation will enjoy the provider’s online slots such as Book of The East, Zombies on Vacation, Sword Warriors, Lone Rider XtraWays, Mega Phoenix, and other types of games including Baccarat NC.

Fair Play Casino took its first steps in the Dutch market after the opening of a legalized online gambling market under the Dutch brands Toto Online and Holland Casino as well as NSUS from Malta.

David Mann, Chief Commercial Officer at Swintt, said: “We’re thrilled to be taking games from our slot and premium slot collection live at Fair Play Casino Online. The latter are already hugely popular with Dutch players due to their presence in Fair Play Casino’s live venues, while the former will introduce them to a world of great games as we make our first steps into the Dutch regulated online market.”

Pascal Janshen, Content Manager at Fair Play Casino, added: “We are very excited about our partnership with Swintt, as they give us the opportunity to offer our online players some of their favorite games which they have gotten to know and love in our land-based casinos, such as Moon Oak and Seven Seven. Besides these “classics”, we are confident that Swintt’s newly developed games will become equally popular and appreciated addition to our existing game portfolio.

Swintt is an online casino provider which operates from headquarters in Malta. The brand operates as a part of the Glitnor Group and was established in 2018 by CEO, David Flynn and others. The company immediately began working with a talented team and partners to provide an exclusive portfolio of world-class slots, and all the technology needed to help the company achieve its biggest goals. As a relatively young casino provider, it developed over 112 casino games including over 105 online slots. Besides slots, it develops several card and table games.