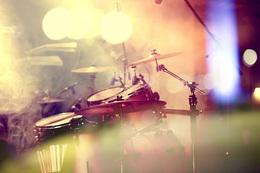 Something that we've seen a lot of in the past year is emphasis on rock stars as being the centerpieces for online slot releases. This push started back in the first quarter of 2015 when Net Entertainment announced that they would be releases a Guns N Roses-themed slot in 2016. This was such a huge announcement that other software providers starting following suit, making plans for their own rockstar-themed games. The upcoming Alice Cooper slot seems to be Spike Games' attempt to do the same.

While there are tons of online slots like these available at a wide range of casino sites, Spike Games isn't all that well-known compared to the competition, so it makes sense that they would do something bold to get the attention of players. It's worked in a major way, and now lots of people are wondering what will the Alice Cooper slot be like.

What we know so far is that it will be available by the end of March and that it will be developed in the HTML5 platform. There will be an omni-channel style of release with mobile and desktop players being able to get in on the action at the same time, and this shows that they are serious about getting the game out there in front of as many people as possible. It's also set to feature the song "Schools Out for Summer," one of Alice Cooper's biggest hits of his entire career.

Some industry experts have a problem with games getting more attention "than they deserve" because of their visual appeal. However, it's just a reality of the industry that the better a game looks, the more attention it will get and the more popular it will be, even if it's similar in gameplay to other titles. Alice Cooper's stage performances are known for their incredible visual appeal, and that will likely factor in to the slot that Spike Games produces with this theme.

Overall, it'll be interesting to see if Spike Games capitalizes on this opportunity or if they let it slide by, but they definitely have the potential to put together an excellent title here.