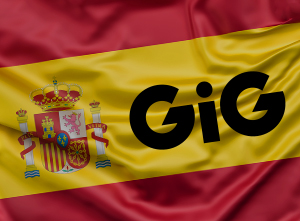 Gaming Innovation Group has announced their application for a license to operate in Spain. They're looking to make an entrance into the Spanish market in 2019 with this application, and there's very little doubt that it will be granted. This is a pretty significant move for the company as they expand and get their offering in front of new players.

About the Spanish Market

Spain in general is known for having a very serious culture when it comes to gambling, and they gamble more per capita than most. This includes online games, which is a big part of why they were one of the first companies to regulate their market in the wave of other countries who did the same inside of the past several years.

Entry into this market means entering into a country where the total gross revenue was estimated to be eleven figures last year, and about 10 percent of that was estimated to have happened online, so there's clearly room for competition.

Getting into individual regulated markets is a part of GiG's strategy as a whole. They have licenses pending to get into Sweden in the upcoming year, which they're also expected to be granted, and they already hold licenses for the United Kingdom, Malta, Schleswig-Holstein (Germany) and New Jersey (United States). They're on a tear right now with their expansion, and this could indicate that they're going to look to expand even more in 2019, but that's purely speculation at this point.

GiG offers software with games from some of the best names in the business, and they also operate sites as well. Their GiG Games subsidiary has gotten a lot of attention over the past year for starting to produce games that will be available exclusively through their software, and that's something that will help them to stand out from the crowd with as much competition as there is currently in the modern era of online casinos.

With that having been said, we completely expect them to receive the licenses we mentioned not only in Spain but also in Sweden, and we're eager to see what their ideas for further expansion might look like next year.