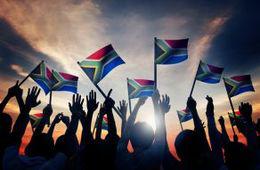 For more than 10 years, the topic of regulating online gambling has been debated back and forth. As it stands right now, most forms of online gambling are essentially illegal in the country. Though many politicians are able to point out why it makes sense to regulate the industry, there's still a lot of opposition. Most recently, the National Gaming Board is putting together a strategy to go after unlicensed operators offering their services to those in South Africa.

We've seen the same story play out in several countries with the same points being made on each side. It's happened so many times now that there's not really any part of it that's surprising at this point. You have Themba Ngobese, the chief executive of the Casino Association of South Africa, who strongly opposes the expansion of online gambling because he believes it will hurt profits for land-based facilities. On the other side you have Louise Fubbs, chair of the Trade and Industry Committee, who recognizes that regulating online gambling would allow a higher level of safety for player who are going to play the games anyway, and it would also provide the government with revenues that they're missing out on now.

Something that makes South Africa such a special case is how age is distributed among their players. One of the biggest arguments in play right now is that land-based executives have their heads in the sand over the fact that younger people prefer to play over the Internet. With that having been said, the population is very heavily-weighted towards the younger crowd, and the traditional audience for land-based players is at the older end of the spectrum.

What the Future Holds

For the time being, the current administration is against the expansion of online gambling. However, anything could happen in South Africa because they've been debating the same issue for over the past decade. You could use this as evidence that it's inevitable to eventually be put into law, or you could use it as evidence that they'll never get it cleared if it's taken this long already. In any event, it's going to continue to be a volatile situation regarding South African online gambling law.