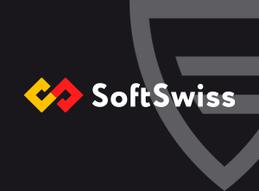 SoftSwiss, a sports betting and video game software provider, has signed a partnership with popular slot developer, Push Gaming. Through direct integration with the licensed platform from Push, its partner will gain the developer's portfolio, including its latest game Wheel of Wonders and additional titles that will be released in the coming months such as Land of Zenith and Dinopolis. Through the partnership, Push will join over 70 providers and over 10,000 titles from the SoftSwiss library as the brand seeks to strengthen its presence in regulated European markets.

Commenting on the deal, Fiona Hickey, Head of Sales at Push Gaming, said: “Our core ethos is to put the player first, so we’re delighted with this deal that sees us collaborate with a brand like Softswiss which resonates with that. We’re an entertainment company at heart and we’re sure that this partnership is going to provide the right balance of player consideration both in terms of responsibility and offering the highest level of gaming satisfaction for those that love our signature experiences.”

Nikita Keino, Partner Managers Team Lead at Softswiss added: “We aim to provide cutting-edge technology solutions to the sector to ensure the success of any iGaming project. So being able to offer products like those from Push Gaming aligns perfectly with these values. We have earned ourselves a name in the iGaming industry thanks to the professionalism of our team and expertise every step of the way, and this deal simply adds more of this for us. We’re really pleased to have them on board.”

SoftSwiss is a long-standing provider of turnkey white label solutions for online casino operators. The company was established in 2008 as an online auction site. Wanting to expand their horizons, they decided to apply their skills in the field of online gambling and in 2012 SoftSwiss casino platform was born. Even though it was a really small company in the very competitive market, it become the world's largest bitcoin software company. Nowadays, the company has over 40 provides and services for B2B partners across the world.