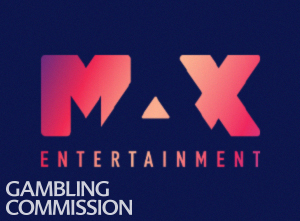 MaxEntertainment Limited (MaxEnt) has been denied permission to further conduct online gaming business in the United Kingdom because the country's regulatory body, UKGC, has revoked their license.

The operator has until June 18th to appeal against the decision which, according to the official statement on their website, they are planning to do.

MaxEnt's statement concerning this unfortunate turn of events says that “as of the 4th June 2019 the UK Gambling Commission made public their intent to revoke Max Entertainment’s licence to offer online gambling in the United Kingdom.” This effectively means that this operator will no longer offer their network of online casinos and their games to British customers.

...they are hopeful of a positive outcome following their appeal but are also hinting at a UK market exit by pointing out that they “will be carefully considering our position in the UK market, nonetheless. We believe that other markets show great potential for a responsible, prudent operator such as ourselves.”

So What Went Wrong?

The Commission has expressed concerns in regards to the operator's source of funds used to acquire and support the business when a corporate control change took place.

However, MaxEnt is disputing UKGC's decision, especially, the way it originated: they say that the available documentary evidence is two years old and that regulatory body's decisions should be made on the merits of their business.

“The Commission’s issues with the controller are not connected with the way the business is run or with how customers are treated, but solely with the availability of documentary evidence from two years ago. We feel that the Commission’s decision is not sufficiently objective, hence why we are appealing. We do not intend to leave the UK market at this time,” reads the official statement by the Malta-based operator which can be found on their website.

Business to be Done in Wales:

Regarding the evidence provided, UKGC replies that they have identified concerns relating to the new controller's suitability, “in that it appeared that he had provided conflicting information and failed to be frank in his dealings with the commission.”

National Strategy to Reduce Gambling Harms will be launched in cooperation between the UKGC and authorities of Wales.

There are already identical organizations in London and Edinburgh. UKGC is hopeful they will be able to create a network of strategically placed centers that will reduce gambling harms.

The Commission's chief executive, Neil McArthur, said that this body will not only address people who are experiencing gambling-related harm but will also focus on the impact felt by the wider community.