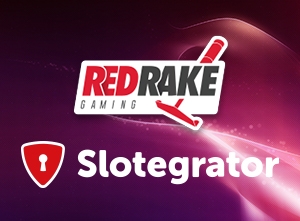 Prominent online casino software supplier and game aggregator, Slotegrator recently announced the addition of several new game developers to its list of worldwide partners. Red Rake Gaming leads the news due to their reach into more than 100 countries and the activity already seen on internet offerings. UK developer Platipus as well as 3D virtual sports provider VSoftCoLtd have also joined the company's platform.

Red Rake Gaming, with headquarters in Valencia, Spain, was founded in 2011 and continues to make strides of innovation and excellence in gaming. The company's Wildcano slot was the ever to be released with Orbital Reels. The company has over 50 real money slot titles in 16 languages and sees more than 5 million spins per day, an average of more than 50 spins every second. In addition to more than 50 slots, they also provide top quality real money video bingo, roulette, video poker, and blackjack. They release more than 15 new real-money gaming titles each year. The brand and games are also known in the social gaming world with 7 games on Facebook and over 15,000,000 users across the globe.

Red Rake games can be found at Vera&John  and several other casinos.

Slotegrator also recently signed a deal with Great Britain's HTML5 mobile slot developer, Platipus. The provider currently has 10 mobile titles with another series of games to be released soon. All games are multi-platform and device agnostic to be played on desktop or mobile without any need for installation.

Slotegrator's single API-protocol allows games from all of their partner providers to be deployed over participating casinos in a matter of minutes rather than weeks or months. Additional providers on the platform include Microgaming, Genesis, NextGen, Quickspin, Rabcat and many others.