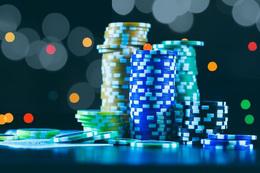 A decade ago, running an online casino brand was relatively simple. You had one piece of software licensed by an operator, and that operator might have support for multiple languages and currencies to accept players from many different parts of the world. Fast-forward to today, and this macro-based approach is no longer applicable if you want to be competitive. Instead, everything now is about the micro, and SkillOnNet has illustrated this one again with a new German-focused online casino.

The name of the new site is DrückGlück Casino, and it's launched on SkillOnNet's Schleswig Holstein license. This site is completely focused on the German market, and this is that "micro" approach that we were discussing earlier. It's designed to appeal specifically to German players, and it's tailored for the type of experience that these players expect to have in an online casino. For example, titles from a popular German land-based casino game provider Mekur are the focus of the overall game selection, giving this site a unique flavor.

To make sure that players have as strong of a game selection as possible, titles from a variety of other providers are also used here. This includes games from Net Entertainment, the Amaya Gaming Group, NYX Gaming, Microgaming, WMS, Bally and others. They're going to host live dealer games and tons of promotions, including a set of free spins for new players that require no deposit. It looks like they're really going forward at a strong rate with this approach, and if they're able to build up a good reputation for this new site, then it could become an overwhelming powerhouse of a casino for German players.

SkillOnNet is known for being a software package provider that primarily distributes games from other vendors through it's own software solution. However, unlike many other similar companies, they're also in the business of operating their own online casinos. These casinos have been laser-focused on specific niches and demographics, and as you can see with DrückGlück having such a strong focus on the German players, they seem to have a winning formula. Overall, SkillOnNet is probably going to launch more sites in the relatively near future, but until then, we'll have to see what kind of reputation DrückGlück is able to build up for itself.