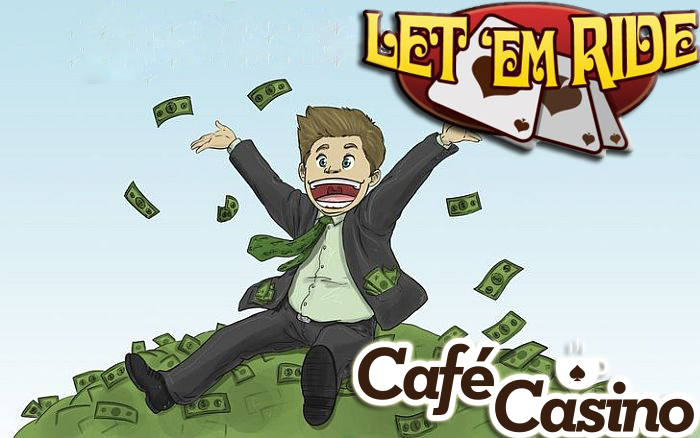 Table games are not the first thing that come to mind for people when they hear that someone picked up a big jackpot online. Instead, it's usually slots, particularly progressives, that bring this to mind for people. At Cafe Casino, they have a variety of different games, and that's why it's not super surprising to see that they made a millionaire off of the back of a table game recently. It's a great way to kick off 2017, and it came on Let Em Ride.

How This Game and the Payout Works

Let Em Ride is a table game essentially a combination of video poker and casino poker played in a table game format. You get a chance to make an initial wager in the form of an ante, but you can double or triple that amount as five cards are dealt based on if you think you'll be helped by increasing your wager or not. A lucky player named Jason picked to raise both times on his $500 ante for a total wager of $1,500 that hit a royal flush in this game. That has a 1,000x payout, so his jackpot was worth $1.5 million, an incredible sum.

Cafe Casino has a number of different games, including slots, roulette, craps, Baccarat, video poker, blackjack, scratch cards, casino poker and more. Let Em Ride is a fairly popular table game because of its strategic nature. It's not as in-depth as something like blackjack, but it offers exciting gameplay and the chance to increase your wager throughout the hand if you think you're going to nail a big win. That's what happened with Jason in his big win.

With Cafe Caisno's great selection of bonus offers and wide range of stakes on games like this, you don't have to be a high roller to take down a big jackpot. They have big winners what seems like every week or so, and you could be the next one if you sign up here.