Self-Regulation Could Head Off Government Intervention in Sweden 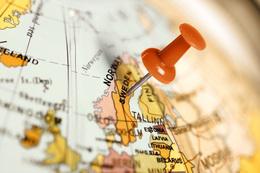 There are pros and cons when it comes to government regulation. One of the main pros is that the players get taken care of in better ways with fewer chances for companies to take advantage of them. However, there are also cons like the simple fact that government regulations can often overshoot the mark and paralyze the industry instead of keeping it safe. Companies in Sweden understand that on a major level, and they've begun certain amounts of self-regulation to try to keep this from happening.

Ever since the European Commission sued Sweden a few years ago, we've started to see a gradual process of increased regulation in this particular country. However, we're also seeing that the government regulator Lotteriinspektionen has been far from cooperative with media outlets when it comes to advertisements that are not for the Svenska Spel state-backed monopoly. That monopoly will soon be taken apart by new regulation, but media outlets are weary that they'll get shot down.

Along these lines, they're starting to work together in a pre-emptive move to try to keep new government regulations for online gambling advertising from getting out of hand. The basic idea is that they're going to follow a self-published ten-point guide that will keep them advertising responsibly, and this helps to avoid any excuses that the government might come up with (typically something along the lines of ethics violations) to restrict the industry. Media companies can make a lot of money providing advertising for the upcoming regulated online gambling industry, and they have to protect that money from government intervention and over-regulation.

Will This Approach Work?

It's not certain that this approach will work at all, but it's really their best shot at this point. Certain parts of the Swedish government, including Lotteriinspektionen, have acted very irritated about the pressure from the European Commission when it comes to regulating this industry because of the money they were getting from the government-backed monopoly Svenska Spel. Along these lines, they could end up retaliating by limiting the advertising opportunities for the licensees that eventually come out of this new regulatory structure. We'll have to see what happens, but we hope that the advertising standards aren't paralyzing because that hurts the companies, the government (in the form of revenues), and the players as well.