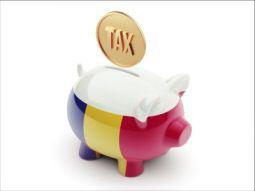 Romania has been a trouble area for online gambling legislation for a while, and for the past several years, they have been trying to get together some kind of comprehensive plan to create a better situation for licensing and regulation of the industry. All of that is finally over, and all that's left is the president's signature. However, one particular part of the soon-to-be law involves retroactive taxes for companies that were operating in the country since 2009.

The idea here is that Romania hasn't ever had a legal framework for online gambling, and this means that companies were able to offer their services to Romanian citizens without any kind of government interference. However, it also meant that the Romanian government was not getting a piece of the pie. Along these lines, they think that it's only fair that they receive 20 percent of revenue for play in their country since 2009. However, there are some major problems with this approach, and this short-sighted thinking will hurt them in the long run.

If the whole point of regulating the industry is to generate revenue for the government, then they'll want to have as many high-quality operators as possible applying for licenses. When you create an environment that's friendly for operators, then better operators apply for licenses, and this means more of a draw for players to enjoy games regulated in Romania. However, when you provide incentives for the better operators to stay out of the country with things like retroactive taxes, then you create a situation where the better operators do not have Romanian licenses. In turn, this provides incentives for players to bet with unlicensed sites, and that will not build revenues for the country.

Once this overall framework is in place, they're going to be looking at strong methods of enforcement like website blacklists and interfering with transactions. They're really taking their licensing seriously, but it looks like they're going to provide the wrong types of incentives for their new regulated environment to be successful in the long run since all of the better providers will have plenty of reasons to steer clear.