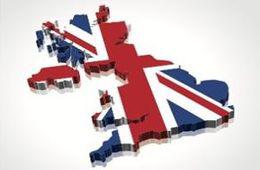 In the past couple of years, the United Kingdom has revamped how they handle the licensing and taxes for online gambling companies. This includes software companies that offer games to operators, and these new regulations have put a number of companies in a bind because of how difficult it is to stick to the guidelines that the UK requires for compliance. Rival Gaming is the latest in a number of companies who have decided to leave the market instead of sticking around.

Why Did Rival Leave?

There hasn't been any reason given by Rival Gaming as to why they've left the UK market, but there are a few pieces of the puzzle that might give us some insight. First, they don't have much of a problem operating in a lot of other parts of the world, including many regulated jurisdictions. Second, the UK licensing requirements have been known to be too difficult for some online casino software companies to work with in the past. This includes disclosing a lot of internal procedures and other information that some companies simply do not feel comfortable putting out there.

The Effect of UK Regulatory Changes

Both good and bad have come out of the major changes to the UK's licensing procedures. The bad is that a lot of smaller companies have been forced out of the market, and this includes companies that couldn't justify the expenses of the new tax structuring inside of the United Kingdom. The good is that what they define as black market activity has slowed to a crawl in the UK, and that's a very good thing for them.

Something that hasn't probably been given enough credit is how reliable the UK Gambling Commission has been with enforcing their rules for online operators. As we saw with the 666Bet scandal, as soon as problems were confirmed with payouts and other issues, their license to operate in the United Kingdom was immediately pulled. This helps to protect the players, and it inspires a lot of confidence in the idea that these licenses and new regulations really mean something.

This isn't to say that Rival Gaming is a bad company that couldn't hang. There are other tax increases and other operating costs that are most likely what pushed them out of the market as a whole.