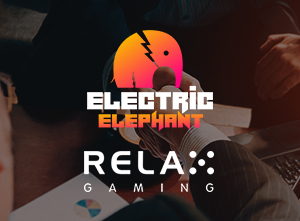 Relax Gaming has recently announced that the company will be welcoming the development studio Electric Elephant into its Silver Bullet partnership program, thus expanding its reach even further.

A Bright Future For Both Brands

Relax Gaming has been around since 2010, and their consistent vision has always been to push the envelope when it comes to providing the best possible gaming experience. They focus heavily on modern and innovative technology, and have since become a major name in the European markets.

Electric Elephant, formerly known as Seven Deuce Gaming, is forging a new path for itself as the brand grows and evolves. They started on the scene with a great selection of video poker titles, but they have since expanded so far into the world of slots and social games that they took a leap and rebranded to better represent their new direction.

One thing that both companies have in common is a serious commitment to providing cutting-edge content that sets them apart from other names in the industry. Both Relax Gaming and Electric Elephant share a passion for delivering the ultimate user experience, so it's easy to see why the online gaming sphere expects nothing but excellence to come from this agreement.

A Ringing Endorsement For Electric Elephant

The Silver Bullet program has seen consistent success since it was launched late last year, and the company has already signed other industry-leading names such as Kalamba Games and Dice Lab.

This partnership program allows innovative companies such as Electric Elephant the opportunity to have their content shared on a platform with exceptional reach, and it aligns perfectly with Relax Gaming's vision of pairing expert-level games development with a streamlined and accessible content delivery method.

Relax Gaming is highly selective about the studios that are chosen to be represented under their brand's umbrella. The company's CEO Daniel Eskola said that the partnership is "a significant endorsement of the transparent and open manner in which we do business" and continued on to say that he "looked forward to a long and rewarding relationship."

This agreement is an important step for Electric Elephant as well. CEO Ali Masterman acknowledged that it is a "key partnership" for the company, and reiterated the company's excitement over working with Relax Gaming.