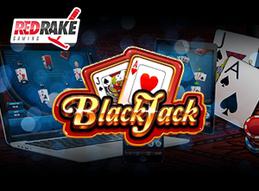 In today's online casino industry, slots get most of the attention. This is in part because they make up the majority of the game selection available at any given site. Along these lines, it's a big deal when a company primarily known as a slot producer switches over into the table games space. This is the case with the recent announcement by Red Rake Gaming that they have launched a set of seven styles of blackjack games.

Details on This Offering

The blackjack game offered by Red Rake is a bit different than what you've seen before. They offer seven different styles of play and rule sets, and along with that, you get the ability to wager on between one and four hands at the same time. This allows you to really maximize the action while applying your strategies at the table to keep your payout rate as high as possible no matter which style you prefer.

Taking Your Play on the Go

Another part of this announcement that's going to have players excited is the ability to take your play on the go with the fact that these blackjack tables are mobile-compatible. You can use iOS, Android, Blackberry, Windows Mobile and other types of smartphones and tablets to sit and play with an interface that expands as needed to cover the screens of devices of all sizes. Being able to take your mobile blackjack play with you has just gotten a lot easier.

While they are primarily known as a slot producer, this release shows that they know how to put out some table games as well. They have games deployed all over the world, and they're included with some of the top software packages out there like EveryMatrix and Microgaming Quickfire.

This company is ending 2018 on a very strong note, and they had some other big releases this year as well. Along these lines, they have a ton of momentum, and it's looking like 2019 could be their biggest year yet.