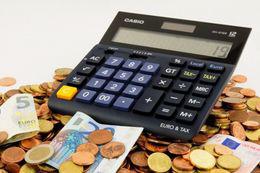 In the sports betting world, the long-shot bet very rarely pays off. For example, when Betway set the line at 2,500:1 at the beginning of the season for Leicester to become the Premier League champions, no one really thought it would be a good bet. However, they managed to pull it off, and now they're stuck with what amounts to their single-largest loss inside of a single market in the history of the brand, which is huge considering they have been around for over 11 years.

Why This is a Big Deal

People who don't follow the league might not understand why this is such a big deal, but by the numbers, it's by and far the largest successful underdog story ever in the recorded history of sport. It was a pretty incredible showing and something that no one could have reasonably expected, and for the people who bet on the long-shot, it definitely paid off. A wager of just $100 would have led to a payout of $250,000, so it's easy to see how it turned into Betway's largest single-market loss.

The Nature of Betting

What some people might forget about this story is that it has to happen some percentage of the time. There are tons of markets priced at 1,000:1 or worse across all kinds of sports, elections and other contests, and once you have enough of them, the law of averages tells us that some appropriate percentage of them will happen. If the odds of something are truly 1,000:1 against, then that means for every 1,000 times it doesn't happen, it should happen once. This happened to be the one time it happened for the 2,500 times they estimated it wouldn't with their betting line, and for the players who bet on Leicester anyway, it's a great time to be lucky.

Unfortunately, there were no specific numbers given for how much the loss was for Betway, which would have been interesting to know. However, considering that every $1,000 wagered on Leicester in this market would have resulted in a loss of $2.5 million for Betway, it's easy to see how they didn't really need much action in that particular market for it to be a pretty huge loss overall.