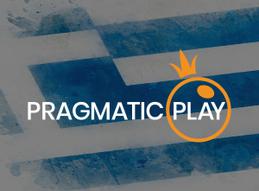 After recently increasing its presence in Brazil, Pragmatic Play has taken an "important step" in the Greek market after receiving the A1 supplier license issued by Greek Gambling Authority. According to the developer, this historic breakthrough allows the Gibraltar-based company to continue supplying its premium slots and other casino games across the Southeast European market.

After a new online gambling reform bill was passed by the Greek Government in 2019, Hellenic Gambling Commission opened a licensing course in that country, particularly for the Greek market. New regulations are designed to stimulate financial growth within the country. Casino operators took this seriously and haven’t wasted time in entering arguably one of Europe's “most in-demand” regulated markets since the new rules came into effect at the beginning of August in 2021! Industry-leading brands such as Play’n GO, Bet365, Hacksaw Gaming, Kalamba Gaming, NetBet, Pariplay, and other operators already gained this gambling license.

Sheriff Khamoura, Director of Compliance said: “We are thrilled to take a crucial step into the Greek market by being granted this A1 Licence. This is a great opportunity for us to continue delivering our expanding product offering to Greek Operators.”

Pragmatic Play was founded in 2013 and in just a few months, the company's library has grown rapidly to reach over 100 well-known gaming sites around the world. An important part of his trip was cooperation with the Novomatic and Greentube group of companies. Initially, the company was focused on the Asian market, but as the business grew, it moved and opened offices in the UK. It now has over 300 slot machines in its library with innovative themes that are compatible with any internet-connected device. Over the years, this company received several awards for their effort in the iGaming industry and their most popular casino games are Hot Safari, Magic Crystals, Wild Sevens, Mighty Kong, The Catfather as well recently released titles such as Wolf Gold, John Hunter and the Tomb of the Scarab Queen. Today, it is known as a trusted brand operating under numerous licenses issued by reputable gaming authorities.

Source: “Pragmatic Play Takes A Crucial Step In The Greek Market By Being Granted An A1 Supplier License”. Pragmatic Play. September 15, 2021.