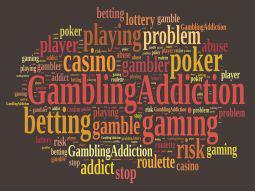 It's not looking like a good time for the financial officer of the Queensland Police Union Kelly Harris. Harris is accused of stealing about a million dollars from union accounts over around six months. These allegations state that funds were moved to accounts that did not belong to the union where the funds were then used to bet online on horse races. Kelly has gotten a lawyer for himself, and it's going to be interesting to see how this one turns out.

There are a few important points about this story that should be clarified. First of all, Kelly Harris was not a police officer. Instead, he only worked for the union as a financial officer, and he was not a part of the union so far as being a part of the police force. Also, Harris did not have a particularly noteworthy lifestyle. Those familiar with him have said that they're very surprised because he was a very low-profile guy who wasn't known for any kind of gambling habits at all. Harris hasn't issued a statement on any of this, but he has resigned from his post as the financial officer of the union.

Some small portion of the population is predisposed to problem gambling issues. It's very important that gambling sites have measures in place to help prevent this type of thing from ruining lives. In the same way that other types of addiction and compulsive behaviors need serious help to overcome, gambling can become addictive as well for certain people. This is why self-exclusion options and other forms of help are important for when someone is ready to get assistance if they have a problem. While it's not certain that Harris has this type of issue, what is certain is that his behavior matches up with the profile of a compulsive gambler, and we hope he gets the help he needs if that's the case.

Future of the Union

The union itself isn't going to have any major problems despite the AU$1 million loss. They're still financially secure, and it's reported that this alleged theft will have no impact on members' dues or other fees.