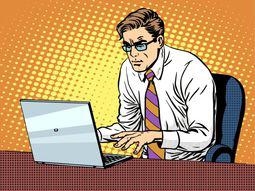 Recently, Playtech acquired the company Funtactix. This company was known for creating popular casual games, and they've won several awards for that. Some of the games they have created have been built up on popular brands in the United States like Rocky, Mission: Impossible, Power Rangers and the Hunger Games. Buying this company is all a part of Playtech's plan to get onto the computers and mobile devices of US players within the casual game market.

An Important History Lesson for Playtech

Prior to the 2006 passing of the Unlawful Internet Gambling Enforcement Act, Playtech was a major online gambling presence in the United States. They powered some of the most popular online casinos, and they powered the iPoker network, one of the most popular online poker networks available at the time. Now they do now allow real money gambling inside of the United States, but they are looking to get into this market through their casual games instead. This is a strategic move ahead of the emerging US markets as more states get in on the action by regulating the online gambling industry.

Playtech has been pushing the casual games thing quite a bit lately, and that includes to recent purchase of Yoyo Games, the developer of Game Maker: StudioTM. Some people might wonder why they want to get into the casual games market, and the reason is simple: This will allow them to push towards yet another profit center, something that Playtech has been really good about in the past, and it will allow them to leverage the US market once again since casual games don't require online gambling to run a profit through advertising and in-game purchases.

The Current Status of Playtech and Funtactix

Funtactix is going to be Playtech's focus for the US market as far as casual games go for now. They've announced that players can expect new releases through that company. It's full of veterans in the industry, so it's a very solid purchase, especially since they have many figures who have previously worked for companies like Ubisoft, Microsoft, Sony, LucasArts and other major brands. Overall, this is great news for Playtech, and we're excited to see what they have in store.