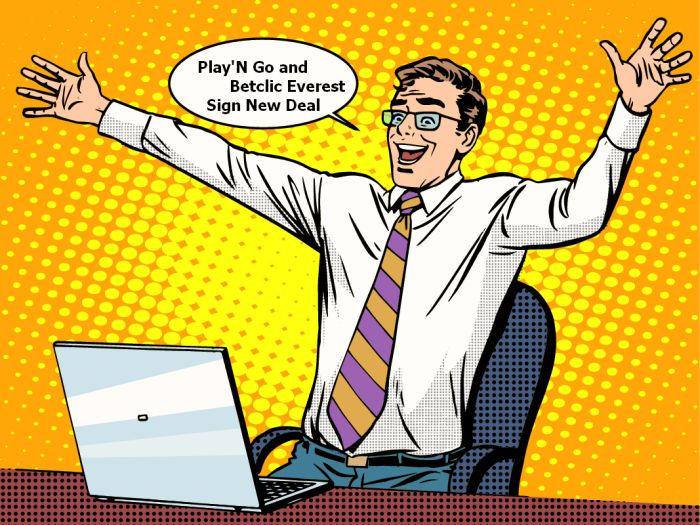 Play'N Go has been one of those companies that has gotten more and more attention as time has went on because of the quality of their product. They put out some really great games, particularly online slots, and quality titles like this just aren't ignored in this industry. That's exactly why Betclic Everest has made an agreement with Play'N Go to host their games on their casino brands.

The three sites that are going to be affected by this are betclic.com, expekt.com and montecarlocasino.com, all three owned by Betclic Everest. This puts them in a position to offer players tons of new, high-quality titles that most of them probably haven't seen before, and that's a win-win situation for everyone involved. Players get cool new games to play, Betclic Everest gets more content to offer to those players, and Play'N Go gets their slots in front of even more players.

In the current state of the industry, there's a big focus on each individual company focusing more on quality over quantity. Most software companies that have been getting a ton of attention, like Play'N Go has been, have gotten it because they make great games, not because they have a ton of titles available. The main reason for this change in attitude towards casino games is that a lot of operators now are using games from multiple developers, and platforms like EveryMatrix and Microgaming's Quickfire platform (both of which use games from Play'N Go) incorporate titles from several providers to offer an all-in-one inclusive solution for casinos that need software.

Play'N Go has had a good year so far, but 2016 isn't over. They've expanded to now be available with over 100 operators, and they've had some great releases this year, but they could end up doing even more before the end of the year. They have almost a full two months left, and in that time, they could pull out some major stops to end the year on a strong note and push into 2017 with a tremendous amount of momentum.