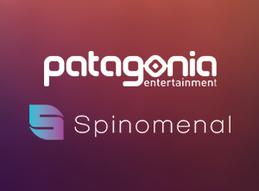 Latin America is an important emerging market in the online gambling industry, particularly from a regulatory standpoint. This has led to an influx of business deals with companies that operate in the region, and the most recent to be announced will see Patagonia Entertainment adding the full suite of online slots from the Spinomenal company, a software provider that has gotten a lot of attention as of late for their games. This new partnership offers more games for players in the region through an important platform.

Games Included in the Deal

All of Spinomenal's online slots are included in this deal, and that includes almost 70 titles in total. The two most popular games they have going at this point are 8 Lucky Charms and Greedy Servants, and both of them are included as well. They have a good mix of games in different genres with a variety of themes and feature sets, and this makes it easy for players of different tastes to find slots that they are looking for. They appeal to a wide audience in this way, and that's been one of the keys of their success.

Particularly relevant to this deal with Patagonia is the fact that all of Spinomenal's games are produced in HTML5. They have outstanding flexibility because of this, and that allows them to run on a particularly wide range of computers and mobile devices. If you have a computer with Linux or Mac, you'll have just as easy of a time loading up their games to play as if you use Windows. Likewise, players with tablets or smartphones on just about any modern operating system will be able to play as well.

This deal just highlights something that has been going on for a little while now in Latin America. This is the newest frontier in a lot of ways for the online gambling industry, and there are business deals being made in the area several times a year at this point. It'll be interesting to see how it plays out from a regulatory perspective since things aren't always as structured there as they are in places like Europe because regulating the industry doesn't tend to be a huge priority. With that having been said, things seem to be working out for the players in terms of game quality and the range of titles available with deals like this one with Spinomenal.