Pariplay to Move Operations to Gibraltar 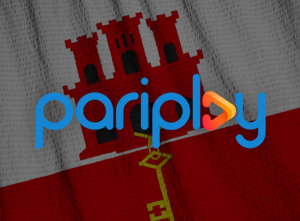 International B2B gaming platform provider Pariplay Limited has just announced that it has successfully acquired a remote gambling license from the jurisdiction of Gibraltar. Hassans International Law Firm is responsible for advising and acting on behalf of the company throughout the application process, and they will continue to do so as Pariplay begins the process of relocation.

As a part of the company's long-term strategy for further expansion and continued growth, Pariplay has been extending its reach beyond its already solid presence in markets such as Germany, Scandinavia, Belgium and the United Kingdom.

In addition to obtaining a remote gambling license, Pariplay will be moving all of its operations to Gibraltar in the near future, including both corporate and commercial aspects. The Hassans team will continue to be a guiding presence for the company as they navigate the move and their newly acquired license.

Pariplay's CEO Gili Lisani has said that he is delighted by the prospect of joining the ranks of licensed businesses that are already present in Gibraltar. The company will be putting down roots and seeking to employ local industry experts in order to support further market development and make a positive impact on the community.

The acquisition of this license and the decision to move operations are both positive steps for Pariplay. Gibraltar has a stellar reputation as one of the most reputable and highly regulated jurisdictions, so obtaining a remote gambling license through this British Overseas Territory is a major development.

Gibraltar is a peninsula that shares a border with Spain, and the territory has a very close relationship with the United Kingdom. This relationship, combined with Gibraltar's prosperous economy, makes the location ideal for businesses that wish to continue growing and expanding.

Pariplay is an award-winning supplier of gaming products, including both platforms and playable titles. The company offers an exciting array of games that span across multiple media channels, and they also partner with many of the biggest names in the realm of online gaming providers.

Their extensive catalog of games includes dozens of unique titles, including instant win games like bingo, keno and scratch cards, as well as fixed-odds slots that give players plenty of ways to win.