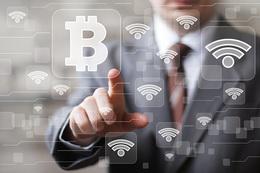 It's common knowledge that new online casinos are launched on a regular basis, so when a new site comes out, it's not necessarily all that important in the grand scheme of things. However, there are a lot of details that make the launch of the new Oshi! online casino really interesting. This site is licensed in Curacao, and it is using the SoftSwiss platform, a software platform that's been picking up quite a bit of steam over the past year.

About the Oshi! Online Casino

This new online casino is to be operated by 90Digital, a company that focuses on search engine optimization. It's a project that will be overseen by Nick Garner, the founder and someone who has performed SEO duties for Unibet, Betfair and a number of other companies in the past. He has more than a decade of experience in the online gambling industry, and he seems to have a focus on bitcoin-based play and reinvesting profits into creating great experiences for players.

A Different Source of Inspiration

Something that sets Oshi! apart from most new online casinos is that it's model for growth is a bit different. They plan to push a majority of their profits back into growth for the company with a large focus on the interface itself and the user experience as a whole. This is more like companies like Amazon, who is known for putting so much profit into investing in itself that it hasn't seen real profits on a considerable level at any point in its existence. However, it's largely considered the single-largest seller of goods in the world.

Customer loyalty is something that most people just assume isn't going to happen on any meaningful level in the online casino world because of how players tend to jump from site to site so much. Whether it's because they want to play different table games that are offered at one site and not another or just because they want to take advantage of a welcome bonus package, players don't tend to stay at one site for the long run. Oshi! hopes to change that, and it'll be interesting to see if they're able to pull it off.