Online Gambling in the UK Has Grown at 8.3 Percent Annually 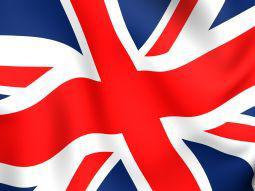 Anyone who is involved in the online gambling industry in any capacity can tell you that it's growing, but we don't always get straight-forward numbers on just how much it is. The Gambling Commission of the United Kingdom, however, has been tracking values since 2008, and they have some very serious numbers that paint a clear picture about what growth in this industry has been like.

From 2008 through 2015, participation in online gambling grew an average of 8.3 percent per year. When you take the five-year period as a whole, then that's an increase of about 50 percent. That's a pretty incredible increase, and it just goes to show that the industry is speeding up when you look at it on a year-by-year basis. In 2008, for example, about 9.7 percent of players were getting in on the action online. However, that grew to 14.5 percent by the end of 2014. Growth has happened for both males and females as well with males jumping from 11.7 percent to 18 percent while females went from 7.8 percent to 12.8 percent.

If you look at the actual types of betting happening, then you start to see some trends. As usual, men had sports betting completely locked down. Mobile gambling has increased a tremendous amount as well. Contrary to a lot of the misconceptions out there about online gambling, more affluent and more educated individuals were more likely to gamble, and this trend was seen throughout the entire study. In fact, there was a major amount of growth for the highest level of income measured that started at 11.9 percent in 2008 and jumped up to a whooping 18.7 percent in 2014.

What's really interesting is that players with lower incomes weren't represented nearly as much, and growth wasn't nearly as high. Between 2008 and 2014, the lowest category of income only went from 5.6 percent up to 9.3 percent. This flies directly in the face of many misconceptions out there about online gambling somehow targeting those with lower incomes, and this study could be used to defend the expansion of online gambling along those lines in the future.