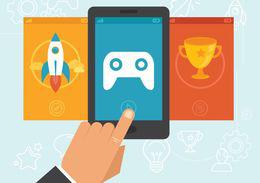 Awards ceremonies are an important part of the online gambling industry as a whole. The reason for this is that it provides clear, independent and public recognition of which companies are performing the best in the industry, and that's something very much needed in an industry with no international standards that are adopted by most countries. With different countries and jurisdictions always doing their own thing, it's good to see various competitors graded against each other by the same standards.

At the most recent edition of the Global Gaming Awards, the NYX Gaming Group took down the honors for the Top Digital Gaming Innovator. The target of this award was their Witch Pickings online slot, a game that really pushed the envelope in terms of offering unique bonuses. It's also seen an overwhelming amount of popularity since it's release earlier in 2016, and many people consider it to be one of the biggest examples of innovation in the genre that has happened in several years.

Other than their award for their top online slot, NYX also picked up runner-up honors in two categories: Digital Industry Supplier and North America Executive of the Year (for CEO Matt Davey). It's a pretty big deal to get close to winning so many of these awards since there aren't that many given away at the Global Gaming Awards, and NYX definitely performed well. They've won a lot of awards for their work over the years, but this particular award is extremely relevant in today's quality-focused online slots industry.

The NYX Gaming Group has had an amazing year so far, and they still have the whole fourth quarter to go. While their Witch Pickings release has been one of the major highlights of 2016 so far for them, they've made a lot of headway into emerging markets and gotten a lot of people behind their OGS platform. This includes work in the United States in regulated markets and many other parts of the world. It'll be interesting to see how this momentum carries them into 2017, but there's no denying that they have been one of the companies with the most success in the software side of the industry so far this year.