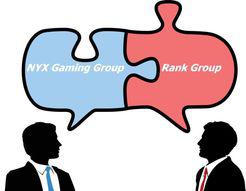 The Rank Group is based in the United Kingdom and listed on the London Stock Exchange, and they're known for operating a number of land-based operations along with their online counterparts. Recently, they have started using the NYX Gaming Group's Open Gaming System (OGS) platform for their online operations, and this is a great time for both players of those properties and the NYX Gaming Group.

What the OGS Platform Offers

The OGS offers games from a number of different providers wrapped up in one cohesive package, and this includes top-tier games from developers like NextGen, who NYX had actually purchased previously They have made this platform easy to connect to with a very flexible interface that you can play through on just about any computer, regardless of operating system, thanks to the web-based interface. On top of that, it also gives players plenty of mobile options.

Which Properties Are Affected?

There are two main operations that will see these games used. The first is the Rank Group's Grosvenor Casino, which includes 56 land-based casinos in the United Kingdom along with two in Belgium and online operations. Online operations are also available for Mecca, their main bingo property with 87 different locations in the UK. It's clear that they're looking to beef up their online presence, and that could have something to do with the fact that the UK Gambling Commission recently announced that one-third of all gambling there happened online, which is a record high.

There's no denying that NYX has had a great year so far. As we head into December and wind down the remaining few weeks of 2016, we can look back and see all of business deals and new releases that helped to give NYX a big boost, especially with their Open Gaming System, which seems to be getting a lot of attention now for its great selection of high-quality online slots and other titles. If you're a fan of a solid game selection and a flexible platform, then you should check out one of the NYX casinos that we have reviewed here because they have an excellent reputation.