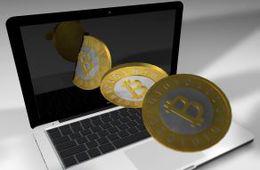 Bitcoin changed the face of online gambling for many people by being a viable, anonymous method of making deposits and taking withdrawals. However, the new Bitcoin XT, created by Mike Hearn, has received a big backlash from the Bitcoin community because of concerns that it will split and water down the currency in a way that will erode trust in the biggest virtual currency. This could affect the online gambling industry by putting players in a position where there is less trust in using the virtual currency for transactions.

What the Big Fuss is About

Essentially, the big difference between Bitcoin and Bitcoin XT is that the XT version uses 8MB blocks in its blockhain, and the normal version only uses blocks worth 1MB. The significance of this is that the XT version is not compatible with software that the regular version uses, and this means that it will likely split the community. On one side, you're going to have people who want to stick to regular bitcoin because it's the most well-established and trusted cryptocurrency. On the other side, you'll have people wanting to move on to the "next big thing."

How This Affects Online Gambling

Over the past couple of years, several online gambling sites have started accepting bitcoin for transactions. The best setup is for the currency to be converted to US dollars (or some other standard currency) upon deposit and converted back to bitcoin at the time it's cashed out. However, trust built over time and creating a standard currency has been at the heart of why this has been accepted at any online gambling sites at all.

When you split the community and dilute the pool with another version of bitcoin, it creates the problem of lowering the amount of support that bitcoin has, and this can only hurt the expansion of the cryptocurrency in the short-term.

In spite of this, there are some potential long-term advantages if they can get the majority of people to move over to Bitcoin XT. The XT version has a number of strengths that help to keep it robust in the face of rapid expansion, and many people including Gavin Andresen, the chief scientist of bitcoin, are recommending it.