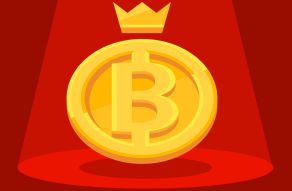 When bitcoin exploded in popularity over the past 18 months, it created a situation where a lot of people thought it would be perfect for online gambling transactions. The crypto-currency is particularly anonymous, though sometimes to the point of fault for some users, and it seemed perfect for many people who wanted security and safety with their online gambling transactions. Some German developers have created a new service called Chopcoin that allows players to gamble in an arcade-style game setting using this currency.

There are four basic game rooms for playing Chopcoin. The stakes are based on the room you're in. A free play room is available for players who want to play for fun and get used to the game. There's also a 0.0001 btc room that has entries worth about $0.02 at the time of this writing. The main room has buy-ins of 0.005 btc (about $1.20), and the high roller games come in at 0.01 btc ($2.40). While the stakes aren't particularly high at this point, they could increase as the concept proves viable and players are willing to put up more money per game.

How the Game Works

The game concept itself is probably familiar to a lot of players. You start off in a two-dimensional area as an orb. You can absorb/eat other orbs as long as they are smaller. This gives you an advantage in being larger, but it also comes with a price because you become slower and less agile. The larger you get, the more strategic options you have with the ability to split into multiple, smaller orbs and being able to use other types of abilities that "cost" some of your size. The largest orb at the end of the game, usually ten minutes in length, is the winner.

Implications for Other Types of Online Gambling

If the Chopcoin concept works out with it's core game, then we could see more games added in the future. One of the potential problems with this approach is that it keeps the account balances in bicoin, an issue that has sometimes led to a ton of volatility for the bankrolls of the players that rivals the actually gambling that's going on.