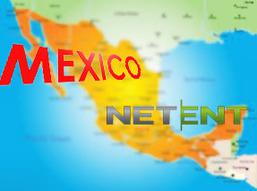 The expansion of Net Entertainment into new regulated markets has been a big part of the news cycle for 2015 and 2016, and as we prepare to kick off 2017, they have announced yet another deal. Thanks to an agreement with Codere, Net Entertainment will be entering Mexico with their full range of titles. This is a major deal in part because it's their first country-wide bit of expansion in North America.

Details on the Codere Deal

Net Entertainment has made this deal with Codere in a way that will keep things very smooth for everyone involved. Codere is a gaming operator that focuses on Spanish-speaking areas, and they have licenses for both land-based and online gambling in Mexico. Along these lines, this new deal will have them offering up NetEnt titles in Mexico via Codere's existing licenses to operate in the country. This is a very interesting deal that could lead to further expansion in Latin America and potentially South America in the future.

One of the things that is so important about NetEnt's expansion is that they focus exclusively on regulated markets. As they are regarded by many as producing the best video slots available in the industry right now, there is a huge demand for their games in unregulated markets as well. However, they have a long-term strategy that centers around avoiding any kind of legal battles that are unnecessary, and since more areas are regulating the industry than ever before, it's been a winning strategy so far.

The question on everyone's mind for this software developer is what they will come up with in 2017. It's easy to see that they have absolutely crushed the competition so far this year, and now that we only have a few weeks left in the year, everyone is looking forward to next year and what companies like NetEnt will have in store. If it's anything like the past 24 months, it'll be full of big game releases, huge awards and tons of recognition and expansion for this company. We're all very eager to see what they do with this much momentum.