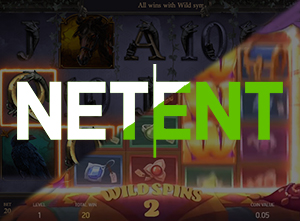 Net Entertainment has decided to unleash a pair of new games at the same time just before the spookiest time of the year. These games represent the cutting edge of their regular release schedule, and it's a big part of how they're building momentum towards the end of the year so that they can start off 2019 on a strong foot.

The first new game is Halloween Jack. This is a 20-payline video slot that offers a spooky good time with a somewhat top-heavy pay table for chances for some great goodies in your bankroll basket. Along these lines, a free spins mode is available, and the graphics are top-notch.

Along with this comes Wild Bazaar, another video slot that this time comes as a sort of sequel to the original Fruit Shop slot, though that's more in spirit and gameplay than what you typically think of as a sequel. There's a bit of an Arabic flavor this time around, and it offers a 5x4 grid of symbols with a number of different wild features that come together to offer some very exciting gameplay.

Pushing Hard for the New Year

One of the things to note here is that NetEnt has taken an interesting approach to the second of these titles. Fruit Shop was a really big hit, so they've taken the same type of gameplay ideas and moved them over to a differently themed slot. This is a different approach than what we almost always see when it comes to sequels, even when they're just in spirit, and that's a good indicator of how good they are at thinking just far enough outside of the box to be on the cutting edge.

It's been a great year so far for Net Entertainment, but this big double release shows that they aren't slowing down. They know exactly the kinds of things that players want with the well-timed Halloween Jack slot release, but they're also building on an existing fanbase with Wild Bazaar. We like their approach here, and we think it's a great strategic decision overall.