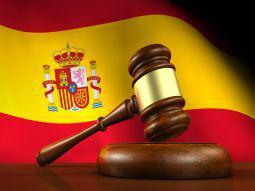 The Directorate General for the Regulation of Gambling  has awarded a license to operate in Spain for Net Entertainment, and this comes just as they have allowed online casinos to offer slots. The timing doesn't seem to be coincidental, and it's a big step forward for the market as a whole. Net Entertainment's portfolio of games centers largely around online slots, and it's not necessarily the case that they'd be very popular in Spain without those titles being made available.</p>

Spain started regulating the online gambling industry a few years ago, and they've ran into some major problems. A lot of these problems have come from the fact that they've not allowed online slots to be offered prior to June of this year. This creates a situation where the incentives for players are set up in a way that all but guarantee that operators will fail (or come close to it) and that players will prefer unlicensed, unregulated sites to play with. And it's not the only situation like it in Europe.

In France, online slots aren't allowed, even though other forms of gambling are. This puts players in a position where they would prefer to play with unlicensed sites. This hurts the regulated operators since they aren't getting a "fair" share of the market, and this hurts the players since they don't get the protections that come along with playing with government-regulated sites. The end result is that it's a lose-lose situation, exactly like things were before this month in Spain when slots licenses were finally awarded.

Net Entertainment is an excellent choice for a Spanish online slots license. They have been given an amazing opportunity to showcase their excellent selection of high-quality slots, many of which use 3D graphics, with this deal. They've produced some of the top games in the industry for several years running, and they've helped to create a major paradigm shift in the way that online slots are handled. With innovative ideas that have regularly pushed the envelope, their games are widely recognized as some of the best in the world, and they've only been seeing more and more growth over the past few years. This expansion into Spain is yet another example of that growth.