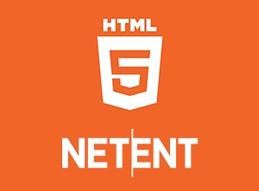 NetEnt has converted most of its oft-played games from Flash to HTML5 as well as optimized others in their back catalog for mobile use. Just as the first Java Scripted games gave way to the miracles of Macromedia Flash in the 1990s and into the 2000s, so will Flash soon give way to the unstoppable forces of technological progress with the newer W3C Candidate Recommended version 5 of the HyperText Markup Language that is the core of all web browsers.

Major browsers such as Chrome, Microsoft Edge, and Safari have been blocking Flash for well over a year and Adobe, who bought the technology in 2005 has announced it will kill it off in 2020. HTML is simply a more elegant solution, relying on a syntax that simply calls more elements onto a page, rather than requiring a sometimes unstable and insecure plug-in such as Flash.

All things you see or have ever seen on the World Wide Web are written in HTML, most often scripts are embedded such as JavaScript, which has its own vulnerabilities - or style sheets that allow templated work and reduce the bulkiness of HTML coding. The newest version allows the code to be read by man or machine and can be super lightweight resulting faster load times, less drain on mobile batteries and has nearly limitless applications as it is an open language being innovated and perfected by game and other developers around the clock.

NetEnt now has 70 of its most popular slots available in HTML5. Superior graphics, animations, and sounds are possible with HTML5. NetEnt has also optimized all of the upgraded games for mobile play so the game "knows" it is being played on mobile and will execute accordingly. They were pioneers in mobile gaming with the 2011 launch and 2012 full rollout of NetEnt Touch.

Staying Ahead of the Curve

NetEnt's Chief Product Officer, Henrik Fagerlund said, "This is an exciting time as we expand our technological reach and it is crucial we are able to give players the chance to keep playing their favourite games. We just recently released upgrades for four of our classic titles: Dracula, Jackpot 6000, Excalibur, Spellcast."

He went on to speak of the need for the company to continue to establish itself as a market leader especially in light of the growth of mobile gaming globally.

In addition to revamped slots, they've also upgraded the most used RNG table games and will be rolling out new versions of video poker and certain table games such as baccarat soon.