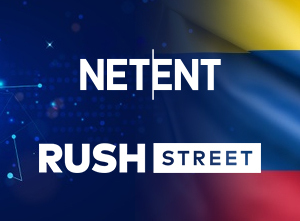 An award-winning game portfolio by NetEnt will now be available in the regulated market in Colombia through the gaming operator, Rush Street Interactive.

After the entry into Switzerland this month...

...Colombia is next on the provider agenda. By signing a deal with Rush Street Interactive LLC regarding market entry earlier this year, a selection of the brand’s popular table games has now been launched with RushBet.co.

Meaning this online casino is one of the first to provide a variety of the developer’s games in Colombia, including Blackjack and two Roulette versions. The developer also plans to launch a wider selection of its renowned slot games in the Colombian market throughout the 2020 period.

“We’re excited to enter the Colombian online casino market and Rust Street is a great first partner to begin this journey with. The Colombian market is growing at a fast pace and I’m confident that our games will be well received by player”, said Kraft.

General Manager of Rush, Omar Calvo, also commented the benefits of the collaboration deal with such an esteemed provider:

“We are so pleased to expand our partnership with NetEnt to bring these top quality and well-known casino table games to RushBet.co players, NetEnt’s Blackjack and Roulette games are already among the most popular table games on our sites in the United States and we know players in Colombia, who appreciate top quality table game content, will love playing these games online at RushBet.co,”

There is an added benefit for RushBet.co’s players...

…as a part of the introduction of the NetEnt games to the Colombian market. The casino’s local operations team in Bogota has a number of promotional activities in the works, including accelerating loyalty points earned in the provider’s releases.

Another Market Under its Belt

Columbia is just another stop on the provider’s global expansion. It comes right after NetEnt received global standard ISO 27001 certification, allowing it to launch its digital content to head to Switzerland via Grand Casino Luzern and Grand Casino Baden.

Since the ISO 27001 certification is granted to businesses that are committed to information security management...

...it was an important acknowledgment for the company and its commitment to protecting sensitive information, by the words of Henrik Fagerlund, managing director of NetEnt Malta.

The Swedish game producer is one of the first casino providers to enter the regulated Italian market in 2011. Adaptation of its systems brought its entry into Denmark in 2012, while its portfolio went live in Spain on the very first day when the regulated gambling market was launch. UK, New Jersey, Romania, Portugal, and the Czech Republic were the next on its list of expansion that now includes also Switzerland and Columbia.

During its expansion tactic...

...the provider hasn’t forgotten its players. It is producing engaging games frequently. One of the latest additions to its portfolio was Wilderland and East Sea Dragon King - slots inspired by elves and Asian mythology.

Gorilla Kingdom and Super Striker slots are scheduled for releases in the last two weeks of April, while players can look forward to Gods of Gold and Street Fighter II: The World Warrior release in May. The next months will also bring exciting titles according to the Upcoming Games section of the provider’s official website.