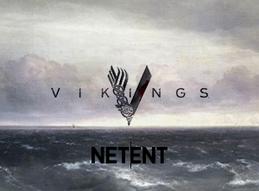 The television show Vikings by A&E Networks is extremely popular, and all reviews suggest that it's an extremely good show. Being based on the adventures of a popular clan of vikings from Norway helps a lot since there are some elements of truth and history in the series, and thanks to a new deal, it's going to be coming to the Net Entertainment slots lineup around the end of 2018.

Details on This New Deal

This deal between A&E and NetEnt seems to be the natural extension of the popularity of the Vikings show, which first aired in 2013. It also seems to be a natural extension of this software company looking to expand its offering this year and give players more and more to look forward to. Because the game appeals to such a sizable audience, it's sure to be a pretty big hit when it's finally released. They are aiming for a release date in the last quarter of 2018.

No details whatsoever have been released about this game so far, and it's probable that they haven't even begun concrete work on it yet. However, it's not difficult to guess what players should be able to expect based on the previous work from this company, particularly when it comes to branded slots from popular television shows and movies in various media.

NetEnt almost always makes these games particularly feature-rich, sometimes with four or five features (or more) that all reflect some dynamic or set of characters from the show or movie itself. That's probably what we're going to find here along with a super balanced pay table that pulls the volatility down to a medium level with respect to all of the ways to win in the features and all of the value that those features tie up.

This announcement is evidence that Net Entertainment is seriously pushing forward in 2018, and they're definitely going to try to beat last year and 2016, which is going to be tough considering how much they've been in the news over the past couple of years. However, that means they have a ton of momentum, and if anyone can do it, it's definitely them.