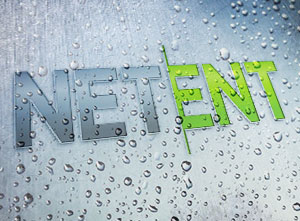 One of the key things about Net Entertainment that has helped them to expand in the way they have is that they only seek to run their games in regulated markets. While this has slowed their growth in the short-term in certain areas, it has given them a long-term advantage that often allows them to get their foot in the door ahead of the competition.

That could very well be what happens soon in Pennsylvania as they have applied for an online gambling license there.

Expansion in the United States

In the US, online gambling is regulated on a state-by-state basis for the time being. Pennsylvania became the fourth state to allow online gambling licenses to be issued, and Net Entertainment very quickly shot off their application to be included for consideration.

What's important about their history is that they've put themselves in a position to appear as legitimate as possible to the Pennsylvania Gaming Control Board, known as the PGCB for short, and that means that they will likely get their application approved faster than a number of others. This is exactly what has happened for them in the past, and we could see that dynamic at work again.

What to Expect in Pennsylvania

Outside of Las Vegas, Pennsylvania has one of the largest gambling populations in the United States. It's a pretty big deal that they have decided to start the licensing process there, and for NetEnt to get their foot in the door early would be a pretty big deal since it would give them a head start against the competition.

As far as what to expect, we aren't sure that things will be much different than they are in New Jersey. In fact, it mostly looks like they looked to New Jersey as a model for how to handle their own expectations with the online side of an industry that's already very healthy in the state in the land-based sector.

This expansion should come as no surprise to players who are familiar with the aggression that NetEnt uses when it comes to going after newly regulated markets. They have a strategy based around getting there first and taking over as much of the market share as they can as early as possible.