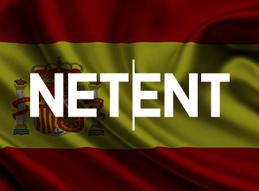 Net Entertainment has now had games live in Spain for two years, and they are issuing even more titles available in the form of table games as a way to celebrate and expand even more into the Spanish market. This is a strong move that shows they are doing very well in this particular country with a lot of different operators benefiting from the game release.

Details on the Release

The release has came during the month of June, which marks two years since they initially entered the Spanish market back in June of 2015. Some of the operators who will be getting new titles added to their lineup in this country include PokerStars, Gamesys, bet365 and Bwin, and they're all good examples of particularly strong brands who have been offering NetEnt slots in the country already. This will offer a more well-rounded set of games for those operators and their players, and it's just one more step in this software giant's strategic expansion into regulated markets.

Net Entertainment's strategy has always been to work within regulated markets only. This has a number of advantages, and it has put them in a position where they can really narrow their focus into what will work the best for them over the long run. A couple of years ago, they gained a foothold in the emerging Spanish market, and they really milked that for all they could. Now they are one of the premier software providers for licensed operators in the country, and this puts them in a particularly strong position to really hold a large portion of the market from here on out.

What we are seeing now, two years after their initial jump into Spain, is that this plan has worked out in a major way. We can also see how this plan is being replicated in a number of other emerging markets. Net Entertainment is definitely a juggernaut in the online casino software sector right now, and they have the combination of a great business strategy with some of the best games on the planet that has put them in a strong position on a global scale.