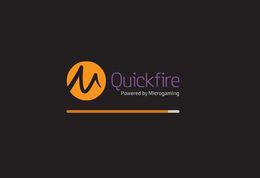 The Microgaming Quickfire platform is generally seen by many as the most popular gaming platform in the industry at this point that combines titles from multiple developers. It consists of hundreds of top titles from Microgaming themselves on top of a number of games from third-party developers. They have a pretty good platform for smaller developers or those with smaller selections of games to get their content out in front of players, and they've recently signed another company named Just For The Win.

Who is Just For The Win?

Known as JFTW for short, this company is very new and hasn't actually released any content. The obvious question to ask at this point would concern why Microgaming made this deal if they have no content to showcase in the first place. The answer is that the people behind JFTW have a tremendous amount of experience with over 40 years of combined time in the online gaming industry. There is a bit of faith being had in the company here, but it seems intelligently placed.

When it comes to what players should expect from JFTW, they will be officially joining the Quickfire platform next year. They are expected to focus on high-quality video slots, which makes sense because that's what most of their content is about anyway. So far, that's all we really know as this deal is very fresh and was only announced a couple of days ago. Everyone at JFTW is very excited about this opportunity to showcase what they can do, and Microgaming is apparently happy with adding another promising company to their list of partners for the platform.

Several years ago, we started seeing a shift in the industry where more and more online casinos preferred having games and software from multiple providers. This was a break away from the standard setup at the time that consisted of only having games from a single software company. Microgaming Quickfire was born to take advantage of this trend, and they have done a great job combining content from a wide range of different companies into one platform that gives players several options to connect and play, including via mobile.